We focus on the manufacturing of Led module/led strip/led neon/led plant growth light.
English
×
News
You are here: Home / News / Product News / How to use LED backlight module?

How to use LED backlight module?

If you have not used the LED module, then you have missed some great things. Initially, it was created for signs and channel letters, but today they are widely used in many other indoor and outdoor lighting applications. LED modules are versatile, because each module is connected by leads, so it is very easy to cut and connect in any type of project. How to use LED backlight module?

This passage is going to talk about the following questions of using LED backlight module:

(1)What is LED backlight mold?

(2)The purpose of the LED backlight module

(1)What is LED backlight mold?

Briefly introduce the LED module and its use.

LED can handle a very simple phenomenon by applying a voltage to a semiconductor material to cause electrons to escape from the material. In return, light energy is emitted in the form of particles called photons. LED is a method of converting electrical energy into light.

Therefore, from the start of the LED lighting process, the module is a device containing multiple LED bulbs, which are connected to a luminaire through a battery power supply, which powers all the bulbs. The diode of the module is a charged semiconductor material-based on the material used-it has the potential to emit various colors. Most LED modules are mainly called RGB LED modules because they can emit different shades. Therefore, they are mainly used for advertising purposes. 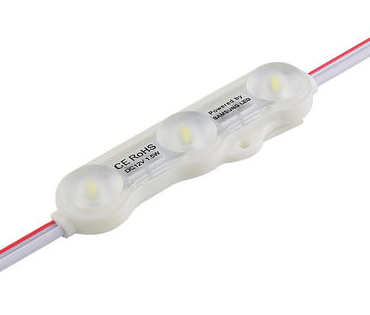 (2)The purpose of the LED backlight module

As we have already discussed, LED modules are mainly used for outdoor advertising purposes, but they are versatile and can be used in many different ways according to your imagination: decorating outdoor gardens or terraces. Module strips can be used to highlight cabinets, drawers, etc. The bright stripes of LED module lighting can be used to emphasize different parts of the bathroom, such as mirrors, plants, etc. They are very useful and can create an atmosphere of different shades in your house. It can help light up your car dashboard or other vehicle parts. The LED module can also be used as a night light. Flashlights and headlights can also be designed with LED modules.

In the market, there are various LED modules, but they can be broadly classified according to color, form, CCT, module efficiency, and so on. For example, when you are looking for form-based LED modules, the most common types are – round and rectangular, but other forms such as square, linear and star can also be used. In addition to these categories, some common categories are as follows.

Black LED module – This is an LED module used to highlight or illuminate internal parts, such as boxes, cabinets, channel letters, etc.,

Flexible LED strips-This is the most versatile LED module because it can be easily modified into different shapes. They can be used to highlight intricate text on signs or to illuminate acrylic letters.

With the help of LED modules, you will have unlimited possibilities to create beautiful lighting decorations or signs. The use of LED modules is no longer limited to the advertising industry, you can use them in many ways according to your imagination. You can use these colorful LED modules in hundreds of different ways, from the inside of the house to the outside of commercial premises.

LEDs can handle a very simple phenomenon by applying a voltage to a semiconductor material to cause electrons to escape from the material. In return, light energy is emitted in the form of particles called photons. This technology is applied to LED modules. Our LED backlight modules are well-made and of perfect quality, and have broad market prospects. If you need it, you can contact us.